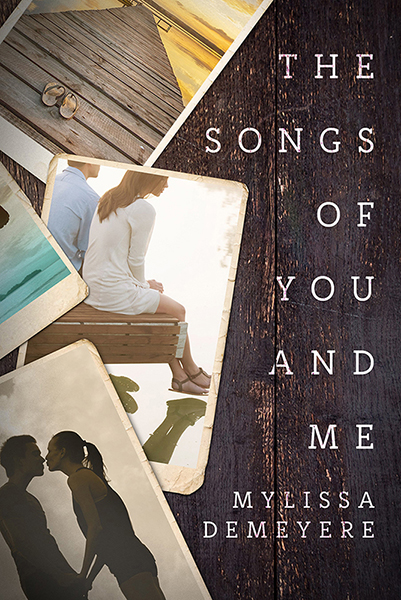 Jane Hartford fell head over heels for Jackson at the tender age of fifteen. She spent most of high school pining for him, until she realized he wasn't going to see her as anything more than his baby sister's best friend. Now she finds herself single with a daughter, a broken heart, and songs that remind her of a long lost love.

Jackson Wright is a man living with regret. His biggest one, never acting on his feelings for Jane. When he returns to Bellebrook, the town they grew up in, he literally runs into her and his world gets tossed upside down and sideways.

This time, Jackson isn't willing to give up. With a meddling sister eager to push both of them together, he believes things might actually work out. That is, if they can overcome the heavy baggage they both carry. Follow Jackson and Jane as they revisit their past, figuring out what went wrong so long ago.

Will they learn they have the power to make things right in the present?

The whole idea for this book started out as a scene after listening to a song. Then I would listen to that song over and over and see more of the pieces fall into place.
Soon, I had an entire playlist, with scenes mapped out, and a whole story ready to write. This book tells the story of Jane and Jackson, the songs of them.
Included in the book is a unique playlist. Here is the list, but in the back of the book I give you a full breakdown of how I saw each scene and how I felt that song was best fitted for the chapter. Enjoy!