Mylissa is the mother of four energetic kids that take up a lot of her time. She also works fulltime as the CFO of an SME she founded in 2002 with her husband. She has always been a sucker for a good love story with a happy ending, needing the escape only a good book can offer when life got too hectic and stressful.

Mylissa was born in Belgium and has called Ghent her home for over 17 years. Some of her favorite things to do are write and read books, preferably while eating chocolate. Sadly, she hasn’t been blessed with the metabolism of her husband, who can eat a whole tub of Ben& Jerry’s and miraculously lose weight in the process. She suspects the fat and calories he eats somehow end up being airborne and injected into her system, permanently taking residence on her hips. Luckily she enjoys running, and if she runs enough miles a week, there’s a promise of chocolate. 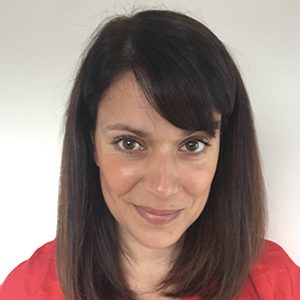 Mylissa loves to write stories that tug at your heartstrings. Her favorite ones have honest characters that struggle with real issues. She enjoys to write a deep and intense scene but the main tone is fun, witty banter.

The Songs of You and Me is her debut novel, with a sequel already in the works.

Mylissa often gets the question by people who don’t know her well, or who wonder why she is so passionate about reading and writing only CLEAN books.

First off, in case you didn’t know this, Mylissa is a Mormon. Being raised as a Mormon, she was taught to value all that is honest, true, chaste, benevolent, virtuous, and do good to all men. Don’t freak out, this is actually quite good, and even makes Mormons pretty okay if they try to really put this into practice.

That being said, it is not the only or main purpose why she sticks to only CLEAN books.

For years, Mylissa struggled to find good books. She would try a new one, get to 75% and then hit a very explicit sex scene. She hated when that happened. Being invested in the storyline, she felt cheated. To avoid stuff like that, she generally ended up reading the same authors over and over again.

When she was bored out of her mind with these same books, she turned to social media groups and soon discovered that there are many books out there. You just need to know where to look for them.

As an author of romance, she understands the need to write great romantic tension with realistic characters that draw you, as a reader into their tale. That being said, she doesn’t believe in lowering her standards and adding sex to achieve that. She is convinced that a simple touch or a good, toe-curling kiss can leave you breathless and aching for more, if depicted well.

She hopes that you, as the reader of her books, and the follower of her blog will find books that do just that, give you the perfect romantic fix, without having to lower your own personal standards. She appreciates that her standards may vary from yours, but she will always aim to stay true to hers. That probably makes her a little weird, but she’d rather be weird, than mainstream and boring. 😊