Happy Thursday everyone! Today marks day 4 of Science Geek Appreciation Week. I hope you’re having as much fun with it as I am. So far we’ve been introduced to The Avery Shaw Experiment, we’ve been teased about the upcoming The Libby Garrett Intervention, and we’ve gotten to know a little about the author behind all the geeky goodness, Kelly Oram. Today, it’s time to get to know the stars of the Spanish Fork High science club a little better with a peek in their personal journals.

If you missed any of the previous posts about The Avery Shaw Experiment or The Libby Garrett Intervention, be sure to stop by the Facebook event. Along with the posts, there are all kinds of extra bonus material, games and giveaways going on. Lots of chances to win signed books and swag, talk to the author and just have fun with other science geek loving friends. There’s a new giveaway every day. CLICK HERE TO JOIN THE PARTY!

As part of the Avery Shaw Experiment, Spanish Fork High science club president, Avery Shaw, and her new recruit, Spanish Fork High basketball star Grayson Kennedy were required to keep journals throughout their study. I happen to have a few of those journal entries, and am very excited to share them with you. Before I do, just in case you haven’t read the book yet, (For which there is no excuse because it’s on sale for $0.99 this week. 😉 ) I believe I should give you a tiny bit of insight as to what, exactly, The Avery Shaw Experiment is. But since this is the day to get to know Avery and Grayson, I’ll let them explain it in their own words. 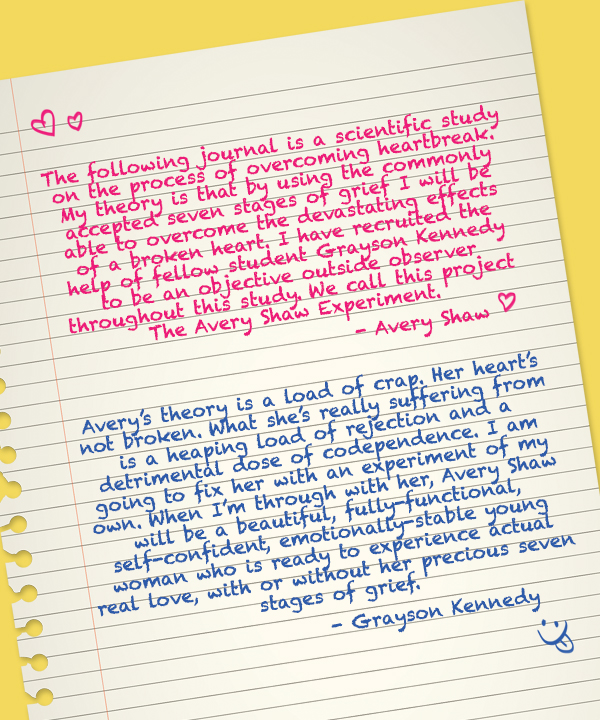 So, now that we know what kind of experiment Avery and Grayson have embarked on, lets get a peek inside those journals…

The following is a short story written as bonus material for The Avery Shaw Experiment. It is not an excerpt from the book and is spoiler free. Enjoy!

I explained my theory of them making her laugh and think of me instead of the Einstein poster making her cry over Aiden. It worked. She looked up at my shorts and actually smiled. It was the first smile I’d seen on her face since I’d arrived. I felt five hundred pounds lighter all the sudden and my smile reached goofy status.

Then, because I’m a jerk and couldn’t help myself, I made a comment about her dreaming of me in nothing but those smiley faces. She totally freaked of course. I knew I shouldn’t have done it, but I love watching her blush too much. She turned so red that I was sure she had a very clear mental image stuck in her head.

I waited until she started breathing again, then I kissed her bright red cheek and told her to have pleasant dreams tonight. It was classic. There is no one on the planet more adorable than Avery.

To read the rest of The Avery Diaries, and find other fun bonus material visit the “extras” page on Kelly’s website.

The Avery Shaw Experiment is on sale this week only for just $0.99.
I promise, it’s worth the dollar!
Amazon * iBooks * B&N * Kobo

And The Libby Garrett Intervention is now available for preorder at the early bird price of $2.99.
(Regular listing price $4.99 after it goes on sale, so order now and save yourself some money!)
Amazon * B&N* Kobo 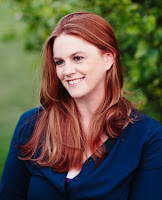